***This blog has moved to my new website. New posts will be made here***

For a while now I've wondered what stress a wooden spoon can take. I've had a spoon in my unfinished pile that I wasn't very happy with, so rather than making the small finishing touches, I thought I'd put heavier and heavier weights on it until it breaks!

Now this is a highly unscientific experiment, but a fun, illustrative one. I wasn't controlling for much, and the results are from a group size of one, but it did answer some questions for me. 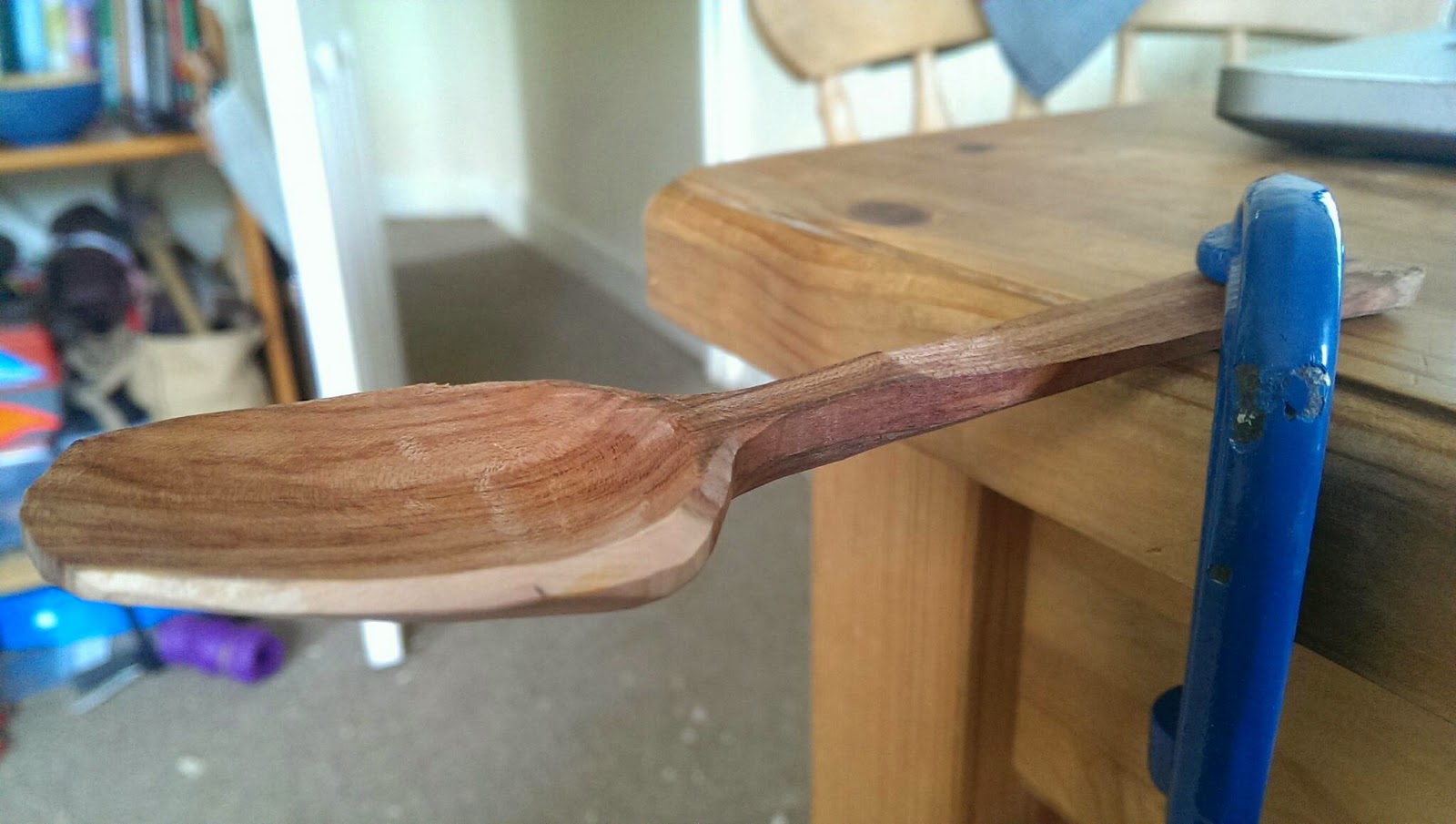 The spoon is purple plum and carved fairly thin. I clamped the spoon to table, a little further back than the fulcrum point you would have holding it and started to balance weight plates on the bowl. The lightest plate I have is 1.25kg, already a lot more than one would balance on a spoon, but maybe comparable to the forces involved in stirring a very thick porridge. No problem 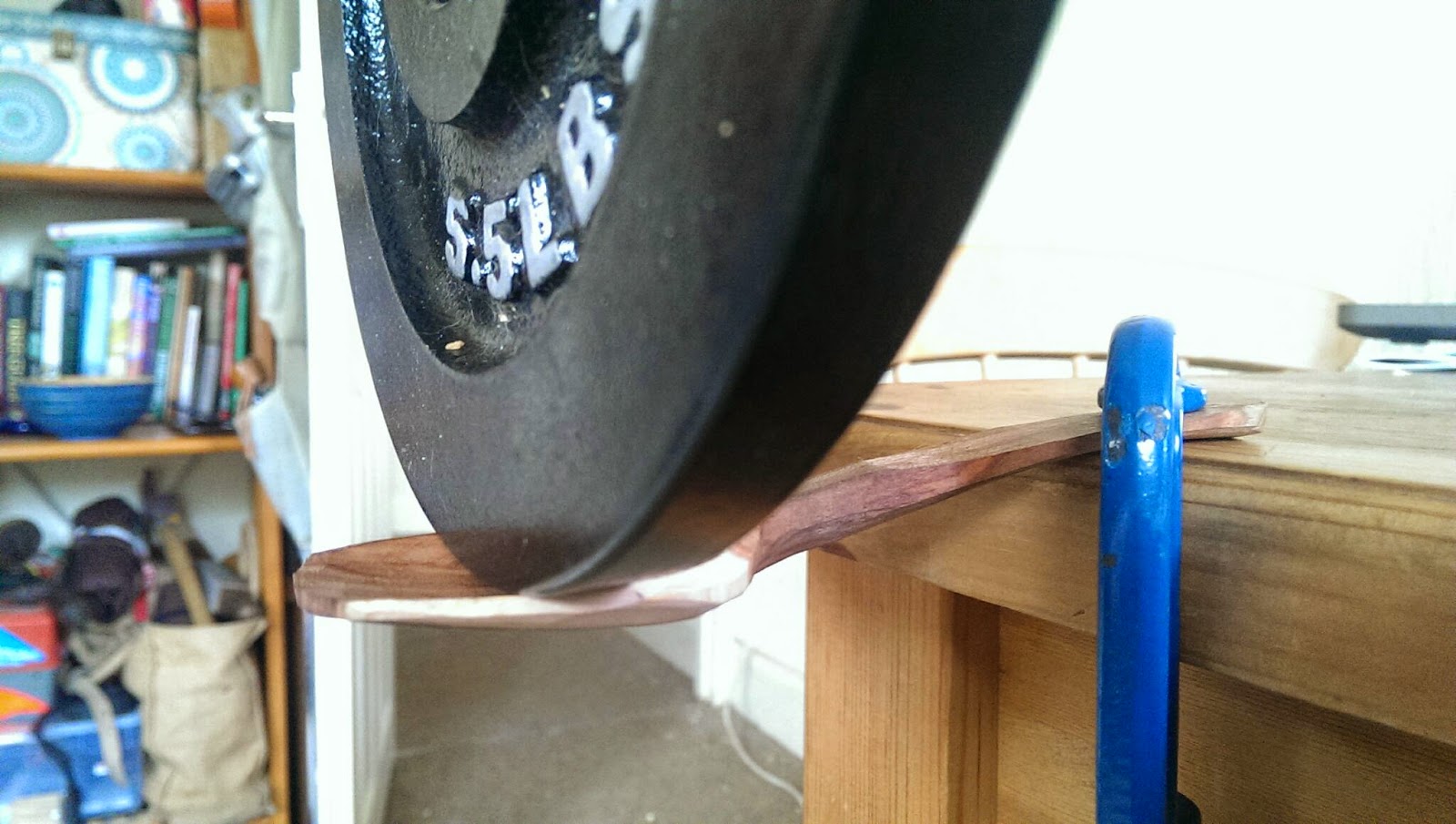 The next one up is 2.5kg, which the spoon also handled without a problem. This might be comparable to scooping out frozen ice-cream. 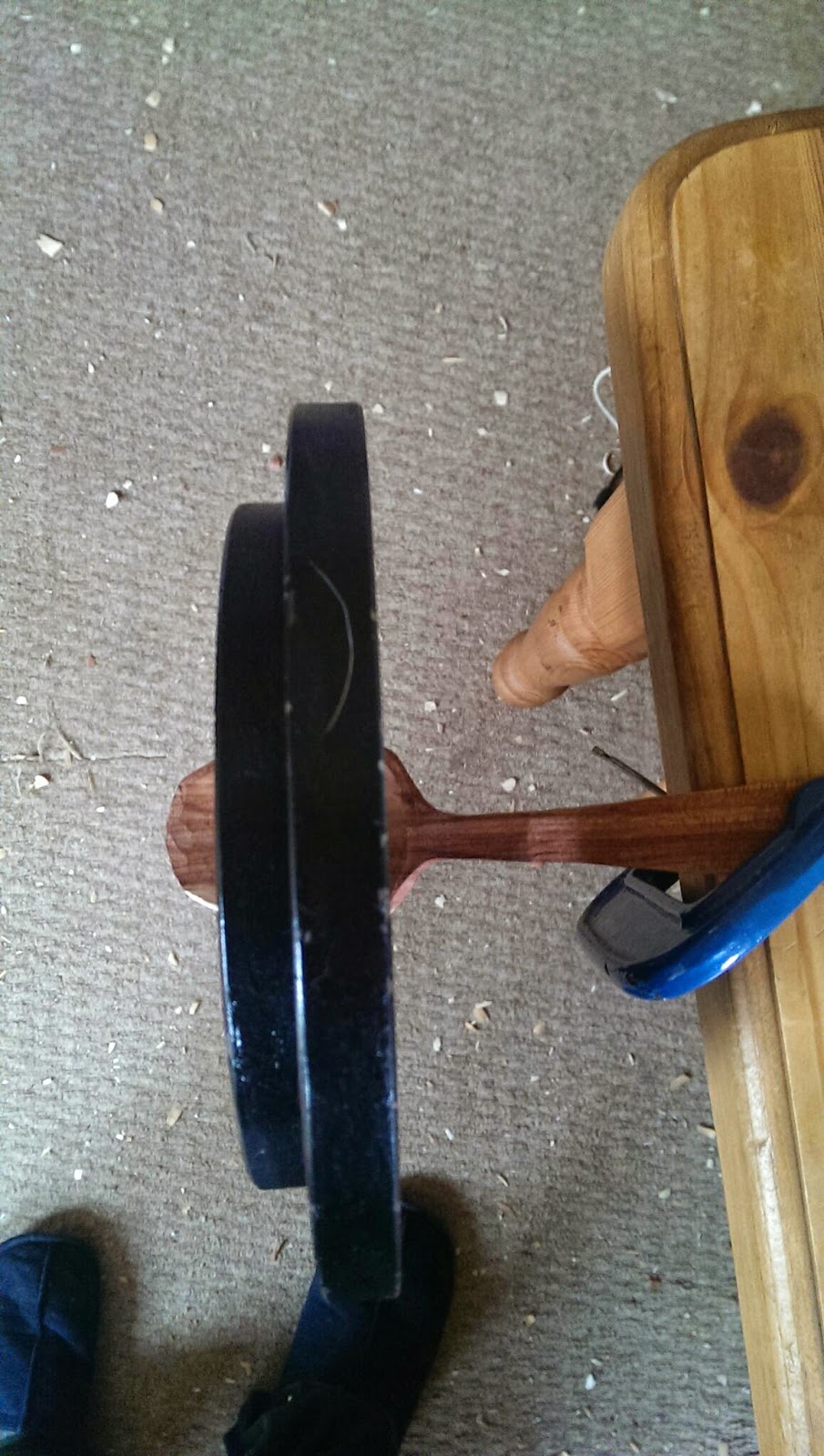 Next, 3.75kg. More weight than a spoon this size is likely to be put under. Some slight flexing, but not a problem. 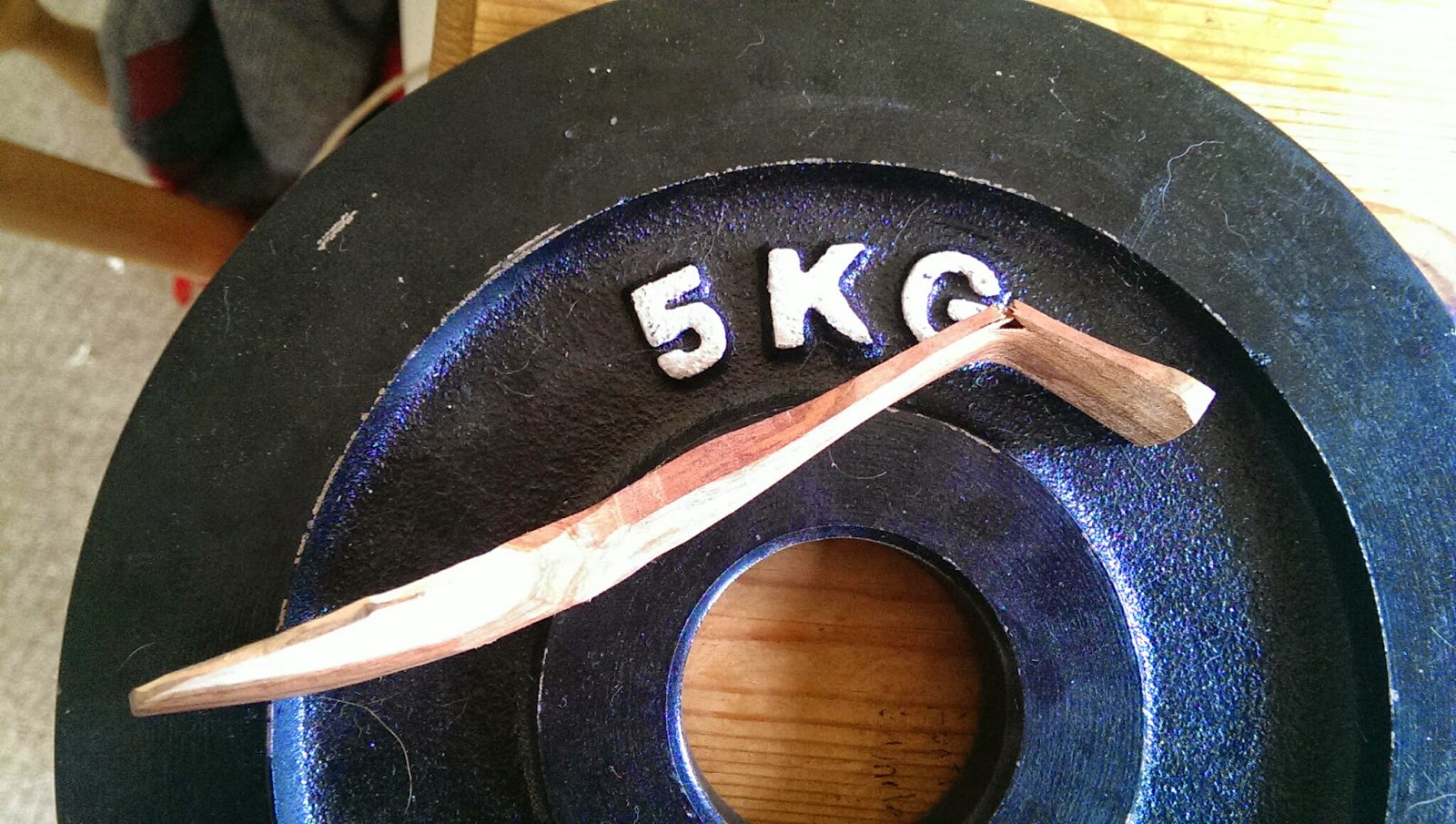 Well, 5kg is too much (7% of my bodyweight!). The spoon failed at the thinest part of the handle, right by where the clamp was. 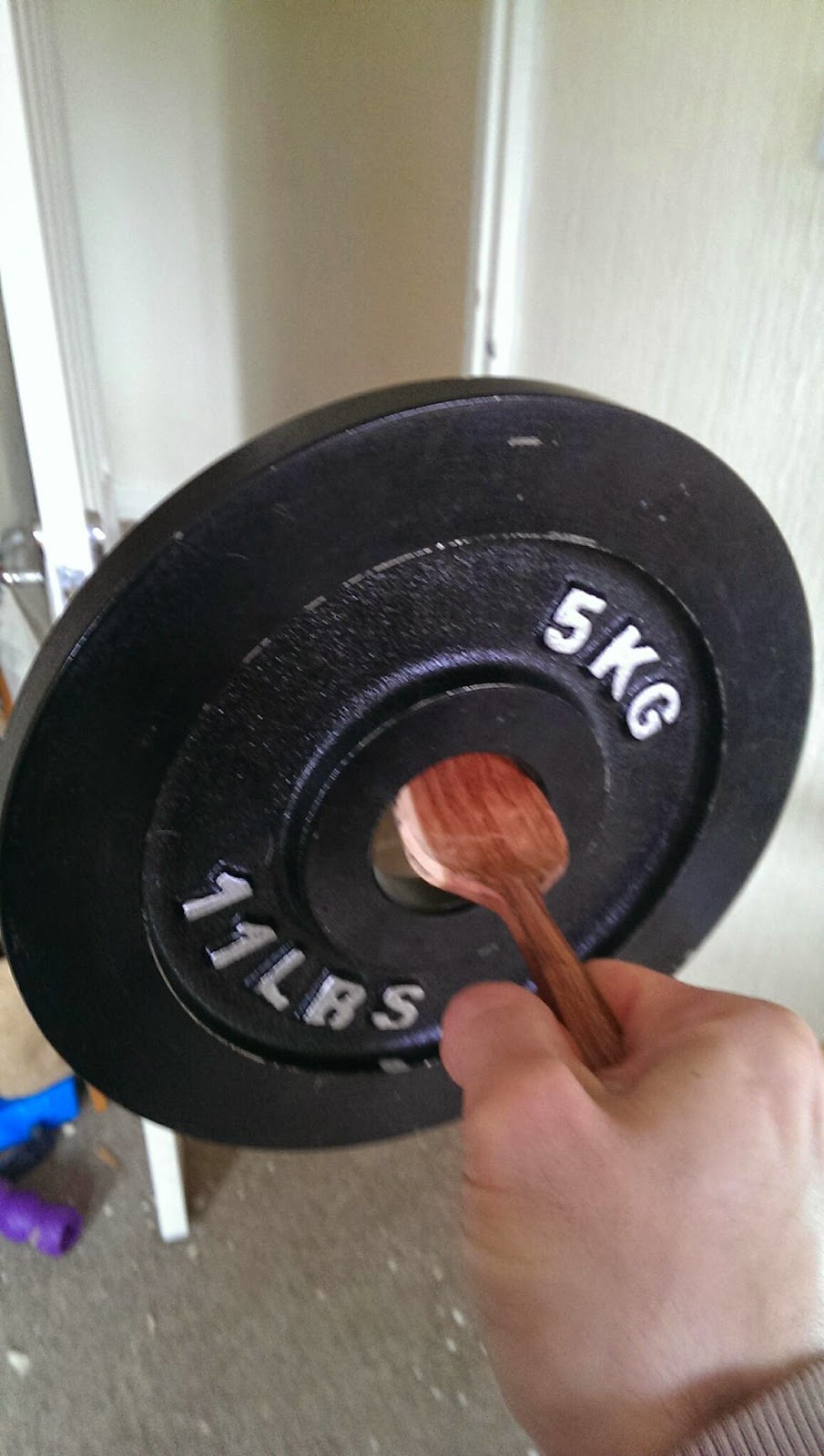 However, holding the spoon, 5kg could be picked up. 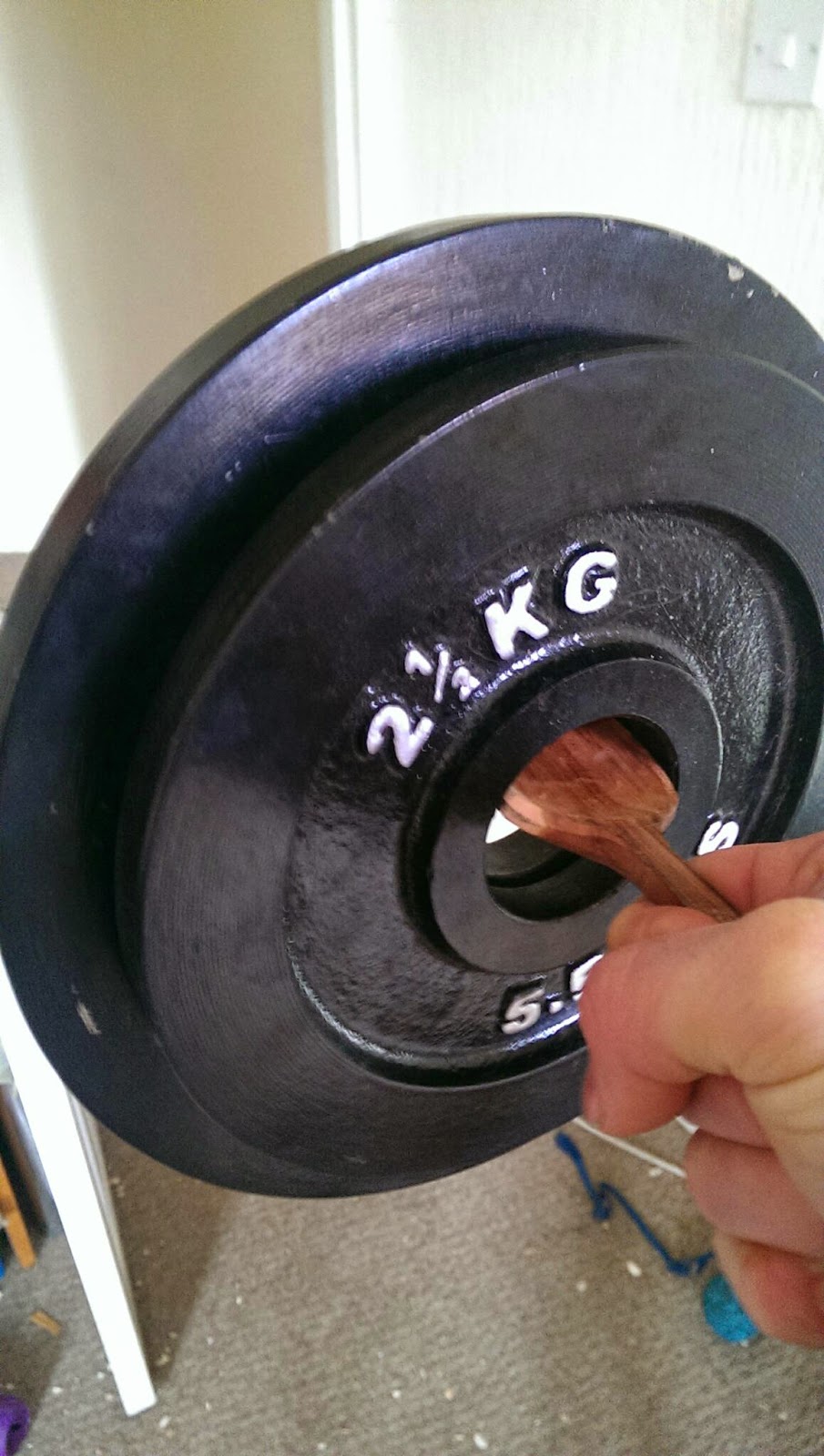 So could 7.5kg, all resting on the bowl of a fairly small plum eating spoon. Just holding the weight in this manner was difficult. 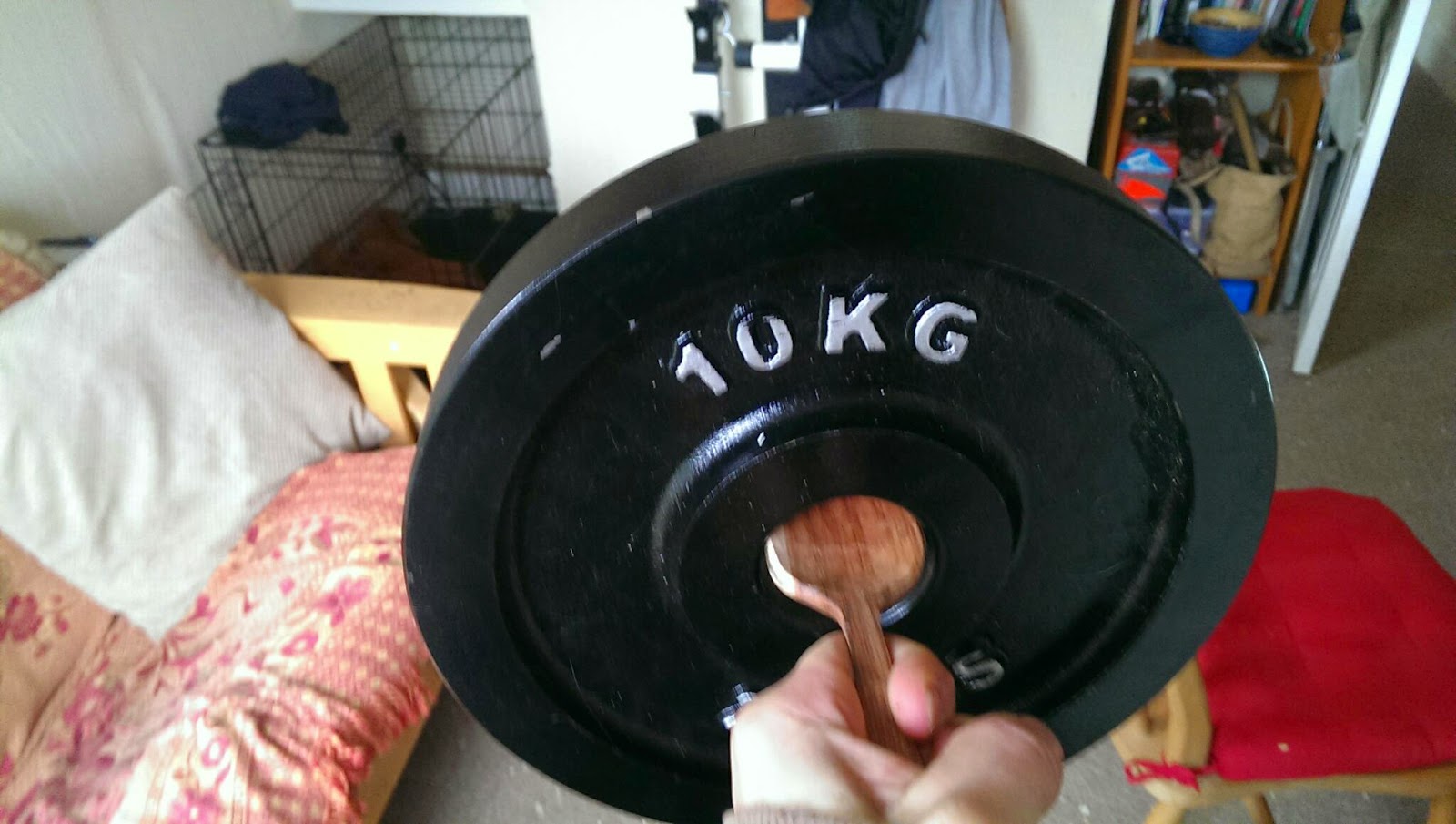 Holding the spoon quite close to the bowl, I could lift 10kg on the bowl of the spoon. This is a ridiculous amount of weight to load on a spoon.

I don't think wooden spoons fall very often. In most cases I would imagine it would be cracks developing or damage to the edge of the bowl that gradually worsens. There are lots of other ways to test spoons to the limit, but load limit for a small eating spoon was a fun one to do.

I would be interested to hear of anyone else's spoon tests, or suggestions for other tests you'd like to see.